This is our endorsers conference and is relevant and important to current chaplaincy ministry.  On our first conference day we are blessed to have Dr. Dave and Dr. Suzanne Mikkleson, licensed Marriage and Family Therapist, speaking on resiliency, as well as Liberty University Law Professor Joseph Martins giving us insight and updates on Religious Liberties.  On day two we have special guests, Chaplain Dan and Linda Stephens, addressing how to do marriage according to God’s plan and giving guidance on how to help others with their marriages.  On the third day, we will meet at Eagle Eyrie Conference Center to get more in-depth training with Dr. Don Hicks on emotional intelligence as well as on other hot chaplain topics.  On the last day, we close off the conference with a morning of golf (optional), fellowship, lunch and prayer. 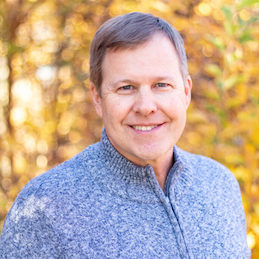 Dr. David P. Mikkelson is Director of Supervision at Hill City Counseling & Consulting. He is a Licensed Marriage and Family Therapist and AAMFT Approved Supervisor who brings many years of leadership experience to HCCC. He grew up in a military family and served as a Marine Corps artillery officer for 11 years and then as an Army chaplain for 18 years, retiring as a Lieutenant Colonel in 2013. David has been counseling for over 25 years, first as a pastor and later as a trained clinician. He enjoys living and working at the intersection of faith and science, helping people achieve their counseling goals through sound clinical methods that also respect and incorporate a client’s faith commitments. As a military chaplain, he actively protected every person’s right to choose and practice his or her religion, and he is dedicated to respecting the faith commitments of each person. Over the years, David has gained expertise in helping with marriage and family issues, healing from adultery, parenting, communication, spiritual issues, and clinical supervision. He also has many years of experience helping military couples address the unique pressures and challenges of military life. David holds a B.A. in Economics from Duke University (1984), a Master of Divinity degree from Reformed Theological Seminary (1995), an M.S. in Counseling Psychology (2002), and has been a licensed clinician since 2008. He earned a Ph.D. in Counselor Education and Supervision from Regent University in 2015. He has trained and supervised more than 50 pastors, residents, and interns, and has been training AAMFT supervisors since 2010. He has been a clinical trainer and conference presenter across the U.S. and in Europe on various topics and has authored several articles and a book chapter. He and Suzanne married in 1984. They have three married sons and four grandsons. David enjoys reading history, hiking, kayaking, and traveling the world. 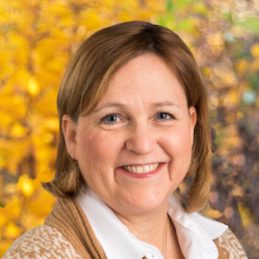 Dr. Suzanne E. Mikkelson is Clinical Director at Hill City Counseling & Consulting. She is a Licensed Marriage and Family Therapist, an AAMFT and VA Board Approved Supervisor as well as an EMDRIA Approved Consultant and Virtual Basic Trainer. She has over 25 years of counseling, teaching, and supervisory experience. As a retired military spouse, Suzanne has extensive experience helping military service members and their families with issues such as life transitions, parenting challenges, marital stressors including adultery recovery, and trauma connected to military service. Suzanne has a deep admiration for the perseverance and commitment clients bring to the counseling process. She is highly collaborative in her approach with clients and respects clients’ wisdom in the counseling journey and their right to choose how to move forward in their lives. Suzanne believes a relationship with God is a critical and powerful source for restoration and healing especially for clients who seek to integrate their personal faith into the counseling process through prayer, scripture, and other spiritual disciplines. Suzanne holds a B.A. in Psychology from Duke University (1984), an M.A. in Marriage and Family Therapy from Reformed Theological Seminary (1995), and a Ph.D. in Counselor Education and Supervision from Regent University (2015). She is an EMDRIA Approved Consultant and Basic Trainer in Eye Movement Desensitization and Reprocessing (EMDR) trauma therapy. She provides basic training and certification in EMDR to clinicians locally and around the U.S. who wish to improve their expertise in EMDR. Suzanne speaks nationally and internationally on PTSD, military issues, and ethics, and she has published articles on these topics. Suzanne has been married to David, a retired U.S. Army chaplain, since 1984 and is a native of North Carolina. They are blessed to have three adult sons who are all married, and four wonderful grandchildren. In addition to spending unhurried time with the Lord, Suzanne enjoys connecting with family and friends, hiking in the mountains, and international travel. 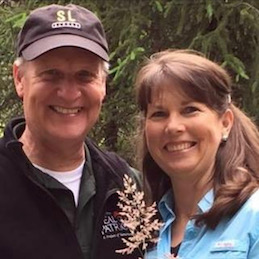 Dan is a retired Navy Chaplain, who is now working alongside his wife Linda as a Chaplain for Samaritan’s Purse ministry, Operation Heal our Patriots.  The Stephens live in Port Alsworth Alaska. 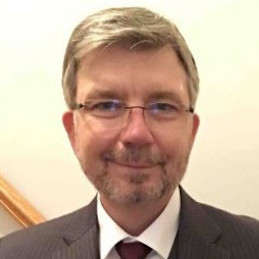 Dr. Don Hicks specializes in church conflict, complex mediation / arbitration / Christian conciliation, conflict coaching.  Don has been in ministry for 40 years. During the last 20 years he has coached, consulted, mentored,pastor advocate, encouraged and ministered to over 3,000 ministers. Many of whom have experienced personal or professional crisis including forced termination from the church they pastored. Don has worked with many pastors and churches in the area of Church Health and church conflict and church crises consultant.

Professor Joseph J. Martins joined the faculty of Liberty University School of Law in fall 2011. Before coming to LU, Professor Martins spent five years in public interest law as a constitutional litigator and two years in private practice as a civil litigator.

His research focuses on constitutional liberties in the context of higher education. He is particularly interested in the free speech rights of faculty and students at public universities. Professor Martins has lectured extensively on a wide variety of constitutional issues as well as the jurisprudential foundations of law and of America’s legal system. Professor Martins’ recent articles have been published in the University of Pennsylvania Journal of Constitutional Law, the Cornell Journal of Law & Public Policy, and the Tulsa Law Review.

Before entering teaching, Professor Martins practiced public interest law with the Alliance Defending Freedom and the National Legal Foundation, working on cases related to religious liberty, the traditional family, and the sanctity of human life. Several of the cases he litigated yielded published decisions in federal courts around the country. Previously, he practiced for a general civil litigation firm in the areas of contract law, community association law, construction law, personal injury law, and property law. He also clerked for Tennessee Supreme Court Justice E. Riley Anderson. Professor Martins received his bachelor’s in history from the University of Virginia; he earned his J.D., Order of the Coif, from the University of Tennessee College of Law.

At Liberty University School of Law, Professor Martins has taught Civil Procedure, Foundations of Law, and Jurisprudence, and he also serves as the director for the Constitutional Litigation Clinic.

The conference itself is free, however Chaplains will be responsible for securing funding for travel and hotel expenses. Lunch is provided at Eagle Eyrie, with the possibility of another lunch and/or dinner on one of the other conference days.

Lynchburg Regional Airport is conveniently located within 2 miles of Thomas Road Baptist Church and Liberty University, and in close proximity to many hotels. If necessary car pool arrangements can be made for travel to our off-site location.


A block of rooms has been reserved at Fairfield Inn and Suites, 3777 Candlers Mountain Road, with a discounted rate of $119 per night.  These rooms will be held until Friday, September 16th, under the group name, ‘Liberty Baptist Fellowship Chaplains’.

Please check back regularly as items will be added as details are finalized. 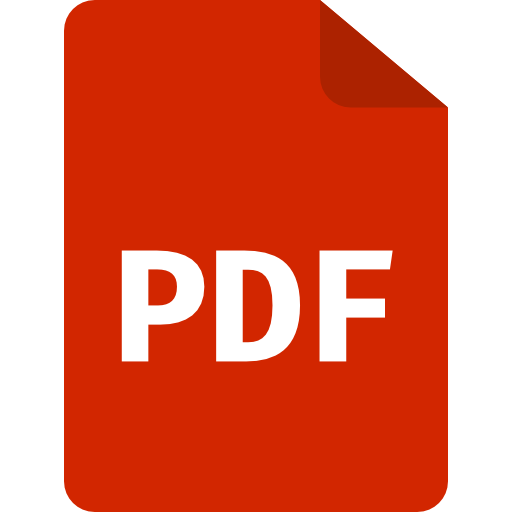 Please let us know if you are able to attend, considering attending, or not able to make it this year.  This form also collects shirt size. 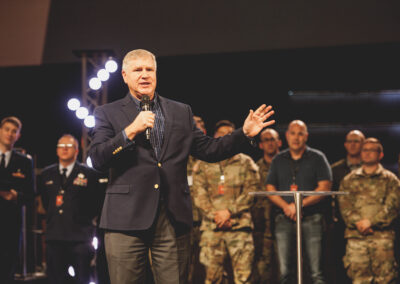 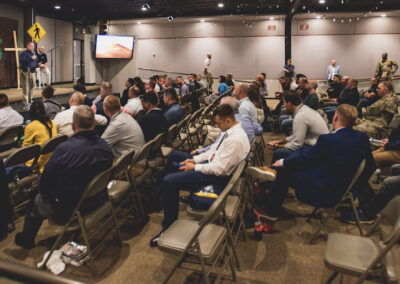 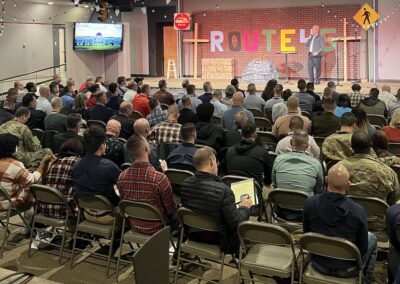 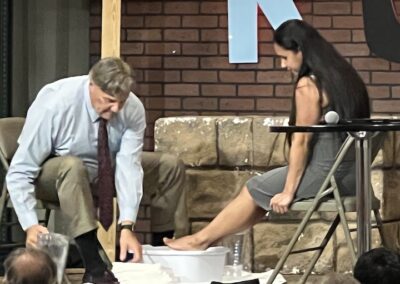 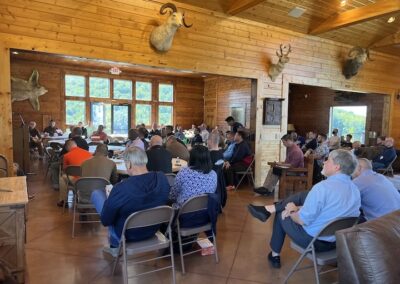 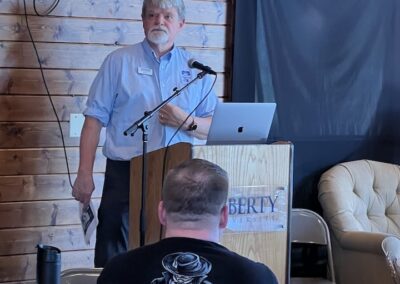 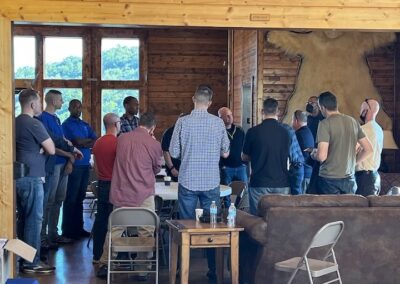 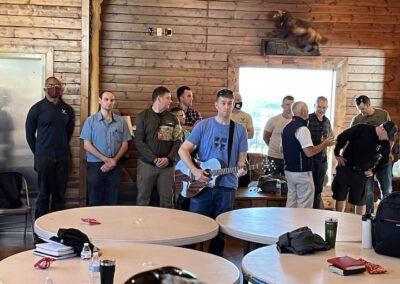 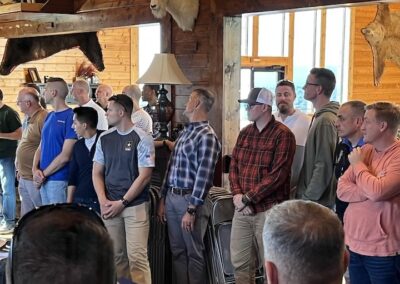 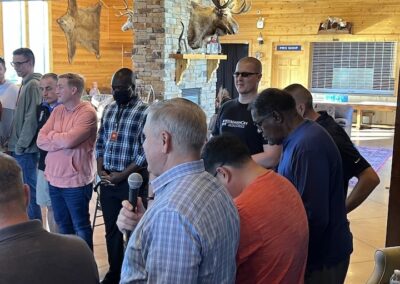