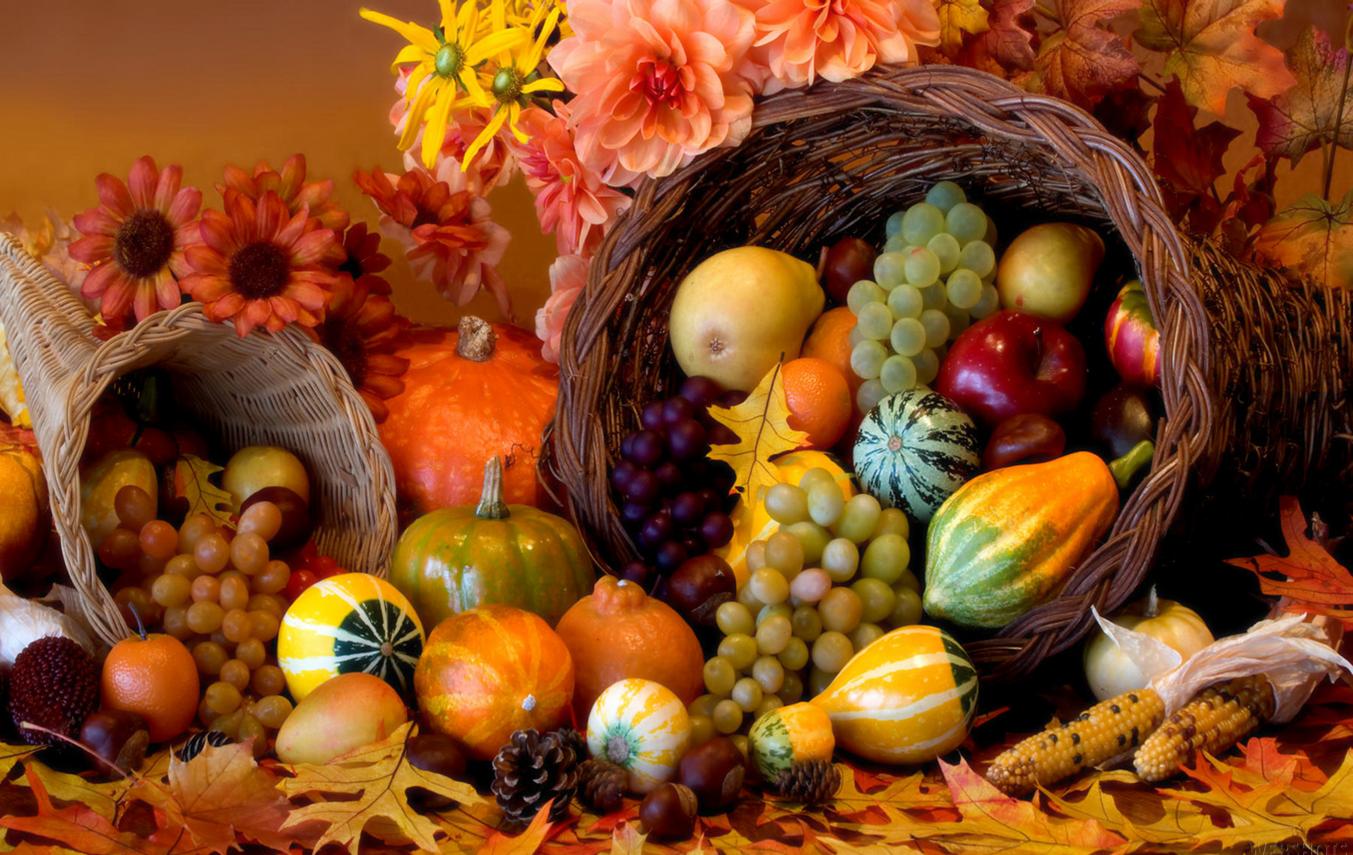 Something new at Liberty this fall is Clinical Pastoral Education, also known as CPE. This has been a project in the making for a couple of years. I am thrilled that student who consider themselves evangelical Christians in faith belief now have a place to receive the greatest chaplain training to be provided. While Liberty University is not accredited with ACPE, Association for Clinical Pastoral Education, we have permission to pattern our program after ACPE in hopes we will be accredited in the future. We are in the pilot program at present and the students who are in the class seem to be enjoying the challenging training they are receiving. We are planning on continuing the CPE classes for the future. This training will enable students to pursue Board Certification for professional chaplaincy. Please contact Brian Harvey if you have questions about how to be accepted to the CPE classes. 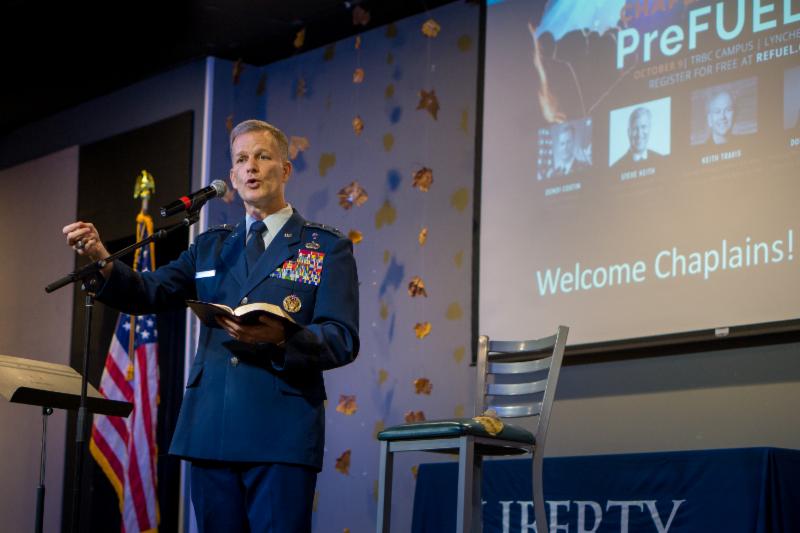 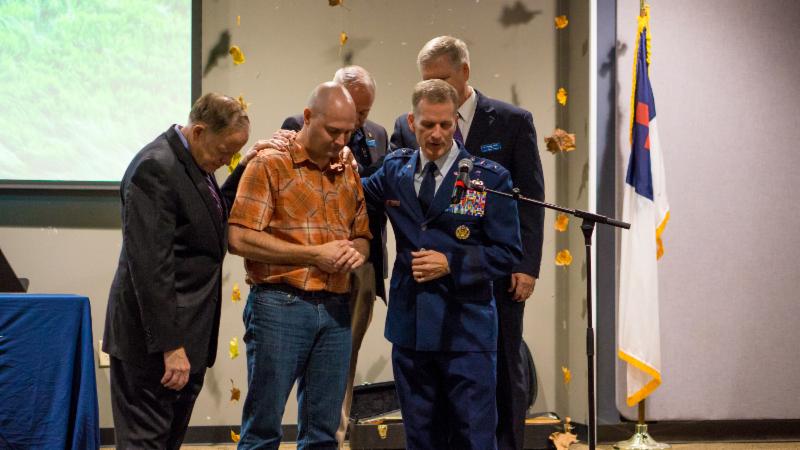 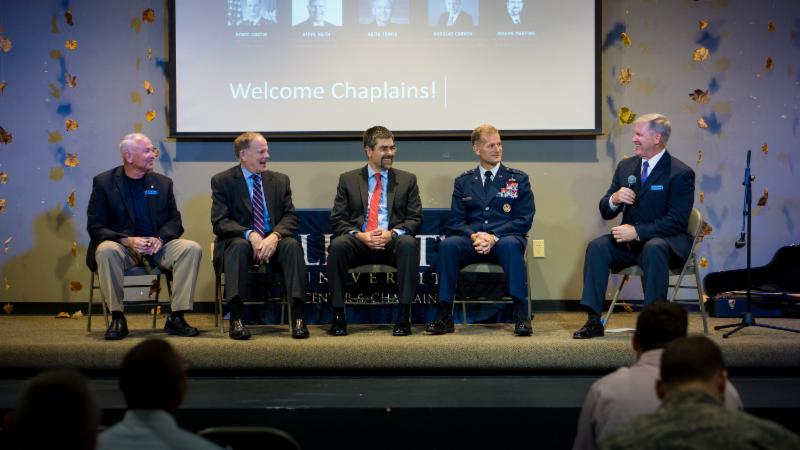 Several weeks ago we celebrated at Pre-REFUEL. We were extremely happy that about 100 chaps came to our annual conference. At our conference we worshipped, we talked together, we listed as senior chaplains spoke about chaplaincy, and we had great fellowship with one another. It was an awesome conference. We look forward to next year. It will be even better!

Here are a few words from one of our attendees.

Pre-REFUEL for Chaplains is a vital experience. Through teaching and encouragement of seasoned veterans of chaplaincy.

I was reminded of God’s faithfulness in this unique ministry calling. Then, through testimony and fellowship with my brothers currently serving.

I rejoiced as God continues to use chaplains to shepherd people and share Christ.

Here is one story from Chaplain Shawn Taylor, VaNG Chaplain (and Worship Pastor):

When God called me to military chaplaincy – I had already been serving in full time ministry for almost a decade. I had been to seminary in the early 2000’s, but my degree was not the requisite MDiv. So, when I answered the call to chaplaincy, I became a graduate student again, which I never expected to do. As a Chaplain Candidate serving in the Army National Guard, I gained valuable experience which also enriched my training at Liberty and the Center for Chaplaincy. I had the unique opportunity to process what I was learning as a candidate with my classmates and professors. What the Army teaches for a pluralistic environment, Liberty helped me understand and apply as an evangelical.

Anyone who has been a candidate will tell you that the best day was the last day, when they “pinned the cross” as a Chaplain. As a candidate, nearly every conversation starts with, “Hey Sir, what is that?” (Referring to to candidate insignia on my uniform.) At the same time, that question often led to discussions of eternal things, and many relationships which continue to this day.

Perhaps the most influential aspect of my experience was my assignment to work under a Chaplain in the National Guard. Not only did I have a front row seat to actual Chaplain ministry, but I was able to minister through preaching, counseling, and staff officer functions under his eye. As an added blessing, my supervisor was a brother LBF Chaplain! Our times of prayer and study were deeply impactful.

I would encourage any student preparing for Chaplaincy to make the Chaplain candidate program part of that preparation.

We thank you in advance for paying your dues. As many of you know we really do not have much of an operating budget. As part of our new strategy our desire is to go out and visit, and be a part of the ministry of our chaplains. The money that you pay in the form of annual dues will allow us the opportunity to get out and visit you in the workplace. We desire to go as much and often as we can to see our folks at work. So, thank you for being a part of this ministry with us. We are very appreciative of you, and the call that God has put on your heart. We are thankful for your faithfulness to follow that call. It is our part to get out and try and share just one brief moment with you. We love and are extremely thankful for each of you!

My family was always military! I remember driving in our old car, my brother, sister and I…and my dad would pick up military hitch hikers. They would throw their green duffel in the car, and away we would go. Of course, that was a different time. Somehow it was safer, or we thought so.

My mother was always the Navy wife. Our family outings always revolved around the military, mostly the Navy. We always went to hear the military band, whichever one it was, play. It seemed in that day, they would always ask the crowd if they had a favorite. My extroverted mothers hand was always first…Anchors Away! And, we would stand up, as if the National Anthem was playing.

We are thankful for all of our chaplains at Liberty! On this November 11, Veteran’s Day, we are extremely grateful for our military chaplains and their families. Thank you for your sacrifices. Thank you for being faithful and following the call of God on your life!